Are you one of the people that belong to the Sony PlayStation 1 generation? If yes then you might have been longing to play its games once again and revive the whole experience.

This article will help you in learning about emulators and how you can use emulators or PS1 emulators on your personal computer and relive those moments of fun and joy. In addition to this, we also list down some top 8 emulators for playing PS1 games on a PC.

Even till today, this search term remains a trending topic in the online world at various discussion forums and social media groups and post comments.

And based on their gaming experience and knowledge, each side of the table presents quite compelling and critical reasoning to support and validate their stance on the topic.

But a simple and most reliable answer that any sensible and avid video gamer will understand and provide is that personal computers since the very beginning up till now have survived and retained their fame and confidence which video gamers have put on it.

This is because no matter how advanced and powerful any gaming console may be, ever since the release of the first gaming console, they have only been there for a limited time.

On the other hand, personal computers have provided the necessary platform to play and relive those video gaming experiences even after many years when the original game and game console developers stopped providing technical support for their products.

Therefore in this article, we tend to briefly understand what actually a PlayStation 1 emulator is and how it works.

Other than this, we have also compiled a list of the best 8 emulators for playing Sony PlayStation 1 games on your personal computer.

What is a PS1 emulator?

A PS1 emulator is a piece of software specifically coded to run Sony PlayStation 1 video games on your personal computer and provide both software and hardware support for making it possible.

Since every device such as your personal computer, tablet PC, smartphone and gaming console are totally different devices based on their software platforms and hardware components.

This means that they have their own set of software as well built exclusively to run on them only and on no other device or platform.

For this reason, software called emulators comes into action.

By using emulators, this issue can easily be resolved to a great extent, and running software on a different platform and device is totally possible.

How to use emulator?

The basic and primary purpose of running an emulator is to recreate or duplicate as a virtual environment on one system called the host, by adjusting, tuning, and modifying its software and hardware integration, in order to support and run the software which was primarily developed to be run on another platform called as the guest in this case. 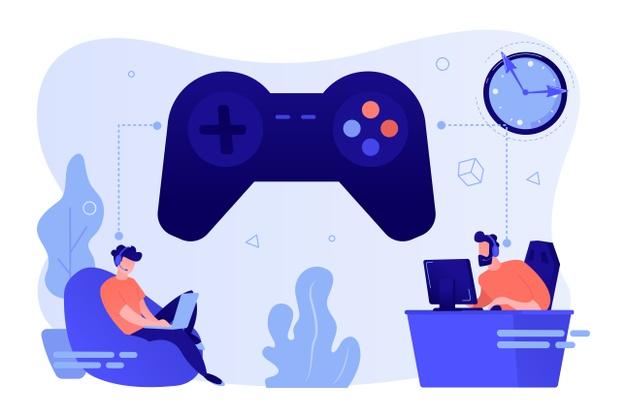 Related: Best PS3 Emulator for PC that works in 2021

Below is a list of some best 8 emulators for running Sony PlayStation 1 video games on your personal computer.

Carefully read about each and then decide which emulator will work for you best.

RetroArch emulator is one of the most complete and top-performing emulators as it comes with a bundle of solutions and not just an emulator for playing PS1 video games.

This makes it one of the most reliable emulators as well.

Aside from all of this, it is free, open source and offers cross platform integration for front-end emulation for gaming consoles, media players, game engines and a few other software types.

Our second selection for the list of top PlayStation One emulators is Matsu Emulator.

The Matsu Emulator is considered as one of the best and safest emulators for those users seeking to play PS1 video games on their personal computer.

Perhaps the reason for this is because it was intentionally designed and developed to support the purpose of emulating PS1 video games onto a computer.

Although the EmuBox emulator isn’t that old, it still has surpassed many of the older emulators and gained quick popularity among the video gamers looking forward to recreate the Sony PlayStation One environment on their personal computers.

It has been developed by the Mednafen Team which released its preview or unstable version in the October of 2020 and just a month later in the November of 2020; its stable version was released.

Although the Bleem emulator is just like any other ordinary emulator, what makes it different from the rest is that it was one of the few commercial emulators developed and marketed.

It was released by the Bleem Company in 1999 for IBM compatible personal computers and Dreamcast which was called as Bleemcast.

Its final release was launched in the year 2001.

Because it was marketed aggressively as a commercial emulator at its time, it also became part of several lawsuits with regard to multiple controversies.

Spreading over a period of almost two decades, ePSXe is one of the most reliable and highly famous PlayStation One emulators used widely by personal computer users for its compatibility with multiple game ROMs.

It was initially released in the year 2000 and works on almost all the majorly used platforms such as Windows, macOS, Linux and Android.

FPSe emulator is also a well-known, well-established, and widely used emulator for playing PlayStation One video games on a personal computer.

The FPSe emulator just like a few other emulators is known for providing the almost similar and real type of video gaming experience as normally would be derived by playing on the PlayStation One itself.

ClassicBoy Gold game emulator is also one of the most comprehensive and well-written emulators to play your favorite classic PlayStation One video games on your personal computer.

It is often regarded as the all-in-one games emulator that is capable of simulating most classic games to work on the personal computers running the latest operating systems.

Whether you belong to the Sony PlayStation 1 generation or not and are just an average video gamer having some craze and fondness for playing old and classic video games, then this article is definitely going to help you.

Just simply select the right PS1 emulator by first viewing the list of games that it supports to find your favorite games from childhood and then download and install it to begin your adventure.

You may have missed

November 22, 2022
How to Download Fortnite iOS without App Store: iPhone 14

How to Download Fortnite iOS without App Store: iPhone 14