As a battle royale game, Fortnite Battle Royale features up to 100 players, alone, in duos, or in squads of up to four players, attempting to be the last player alive by killing other players or evading them, while staying within a constantly shrinking safe zone to prevent taking lethal damage from being outside it.

Players start with no intrinsic advantages and must scavenge for weapons and armor to gain the upper hand on their opponents. The game adds the construction element from Fortnite; players can break down most objects in the game world to gain resources they can use to build fortifications as part of their strategy.

The game features limited cross-platform play between the platforms. 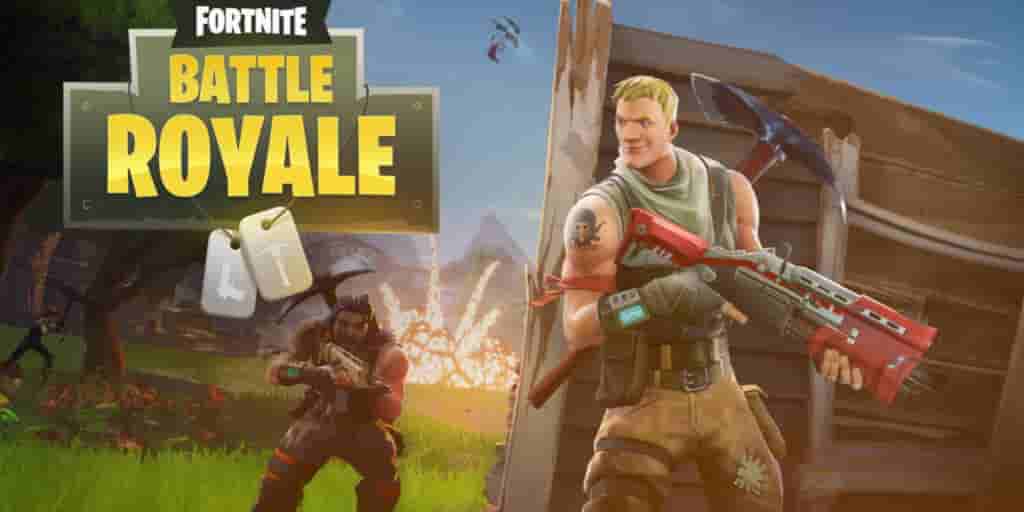 The idea for Fortnite Battle Royale arose following the release of the similar battle royale game PlayerUnknown’s Battlegrounds, which saw numerous player count records broken throughout 2017. Seeing its rapid growth and commercial success, Epic Games saw the opportunity to create a battle royale mode of their own.

Originally released as part of the paid Fortnite game, Epic spun out a dedicated version of the game offered as free-to-play funded by microtransactions, sharing an in-game currency with the main Fortnitegame, allowing players to buy or earn cosmetic items to customize their character. As of July 2018, the game has seen over 125 million players and has been estimated to have earned more than US$1 billion in microtransactions.

Fortnite Battle Royale has become a cultural phenomenon, with Fortnite streams achieving record-high viewerships, and with several celebrities and athletics stating their appreciation of the game.

The Battle Pass is a purchasable item in Fortnite that gives you access to exclusive in-game rewards.

As players complete daily challenges and level up their rank, they earn Battle Stars which can then be used to unlock Tiers in their Battle Pass. Each new Tier you unlock will bring both Free and Premium Rewards.

The Tiers vary from season to season but in season three you get around 100 items in each Battle Pass which can take anywhere between 75 and 150 hours of play to unlock.

Everyone that has a Battle Pass will get the Free reward they unlock, but only Premium Pass holders will get the Premium reward. Battle Pass Premium can only be purchased with in-game V bucks and not with real money.

You can purchase a Battle Pass for around £7/$10 in the Battle Pass tab of the game’s menu.

What’s coming up in Fortnite?

Fortnite is a game that undergoes frequent updates so week-by-week you can expect to see patches which either squash bugs or make small changes to gameplay that improve the overall game experience.

In the long term, Epic Games has announced that it’s looking to make some game-improving changes. These will include more Limited Time Modes as well as improvements to performance, quality of life and the games replay system. Players who prefer using controllers will see improvements made building, as well as the ability to turn off aim assist while building for greater accuracy.

In terms of Limited Time modes, 50v50 might hang around for long. However, a new Limited Time mode called Playground could be in the works. This mode would take place in the usual map but it’d be longer with more resources to hand.

We can also expect to see more interesting Limited Time items like the recently introduced jet packs in the future.