Emojis is a part of our online communication that allows you to send your reactions and emotions to everyone. You can show anyone what you’re feeling, but you can’t convey it through text.

It makes messaging more fun, so there is a range of the best emoji apps available to download for Android phones that are fully free. 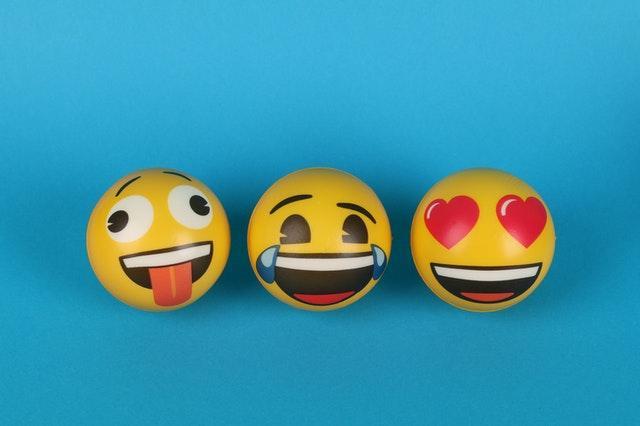 It is often said that sometimes words are not enough to convey all that needs to be said. It is also true that actions speak louder than words.

In the world of instant messaging and online, internet, and modern communication, these sayings can be attributed to the frequent use of emojis in most casual and informal messages.

Earlier in the day, emojis used to be a set of punctuation marks that most people did and did not understand.

However today, emojis aren’t just limited to anything.

In this article, we cover some of the best 5 emoji apps for Android platform-based smartphones.

Using emojis over the last few years have become more and more prominent in everyday and informal and sometimes formal conversations as well.

They not only save time but are also a great way to express your feelings and expressions, often compensating for writing a complete sentence at all.

Not only this, emojis tend to be a good way of expressing more than one emotion at the same time as well.

For example, instead of saying that you are angry but happy as well or are angry but laughing at how stupid the other person is, you can conveniently find the one single emoji that says it all.

Again, sometimes people tend to take the wrong meaning of words we say as well. So an emoji can save you from much trouble as well.

And all it requires is a nice emoji app for you to download from the Google Play Store, then simply tap on the right emoji while chatting and press send to say it all without any hassle.

Also Read: How To Get iPhone Emojis on Android Device Without Rooting?

There are a ton of apps that offer numerous and even several hundred emojis, each specifically made to cater and suit a specific or multiple word and expression.

Here we have carefully selected the best 5 emoji apps for Android users that we think you should have on your smartphone.

Our first pick for the best emoji app for Android-based devices is “Facemoji’. The app is definitely more than you might actually be looking for.

To surprise you, all that needs to be said about it is that it is roughly a collection of some more than 3600 emojis.

Yeah, more than 3600. So if you still think that words are better, think again.

Other than this, the Facemoji app also offers GIFs, cool fonts, emoticons, and cute stickers as well.

If you are thinking of getting a bit creative then we suggest you download the app called ‘Bitmoji’.

Not only does it have its own unique collection of ready emojis for you to use instantly, but you can also create some of your very own emoji by adding a bit of personalization and creativity.

Gboard is another cool app and very useful for finding the right emoji to represent your thoughts.

The app is completely reliable as it is developed by Google Inc. itself and would perfectly on your Android device.

The best thing about this app is that while you are typing your regular text, it suggests the right emoji to use instead of the word you typed.

This definitely saves you a lot of time and trouble, as well as it makes your messages look cool if you often have difficulty in finding the right emoji.

Just like the ‘Bitmoji’ app we talked about earlier in this list, the ‘Mirror Emoji Maker’ takes you on a completely different level for creating a personalized emoji.

With this app, you first take a selfie of yours which you can then use to make an emoji.

While it isn’t possible, but if you think you are bored out of using all of the conventional emoji apps and want something more, plenty, and extra, then you need to download the RainbowKey app.

The app is a massive collection of more than 5000 emojis, fonts, and stickers.

With this app, you not only can use emojis but can also write down your messages in a funny and different font style as well.

Emoji is a great way to express yourself while talking to others on the phone, which is why we’ve chosen the best emoji app for your Android smartphone so you don’t miss out on any emotion emoji. These apps all give you very creative emoji choices, so you can deliver anything you like.